Is it Normal to Rust the Brake Pads?

In fact, the brake discs of most cars are made of cast iron. They are not treated as rust-proof like the surface of the car body. In the case of car washing, wading, rain, frost, snow, or high humidity, the car is parked for a while after time, floating rust is generated on the surface of the brake disc, which is a normal phenomenon of oxidation and rusting of cast iron brake discs after being wetted with water. Moreover, it is exposed to the sun and rain for a long time, and the working environment is harsh, especially if it is parked for a long time, some rust marks are easily generated on the surface. Will the brake pads rust? The following Ford USA Brake Pad Manufacturer will come to tell you. 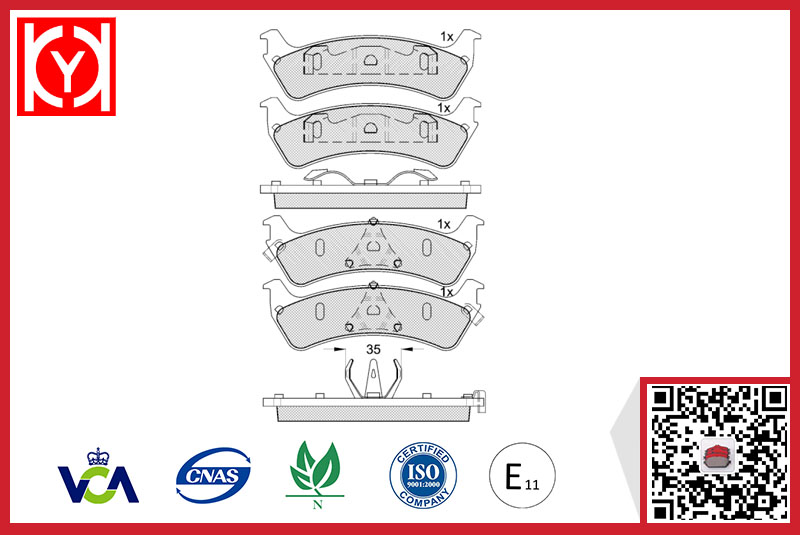 So how can we prevent the brake discs from rusting?

1. Don't choose the road which is easy to accumulate water when stopping, to avoid the brake disc invading in the water.

2. After wading, the vehicle should use the point brake to restore the braking effect, and remove the rain on the brake disc.

3. In winter snow and ice weather, "snow-melting agent" and ice and snow doping splash on the brake disc will also cause corrosion and rust. For example, if the vehicle is parked for a long time, the vehicle chassis and brake disc parts should be cleaned.

4. Avoid stopping the vehicle for a long time (it will cause the brake disc to rust).

What if the brake disc is rusted? Don't worry, BMW Brake Pad Factory tells everyone.

The brake disc is slightly rusty: the rust can be removed by repeatedly tapping the brake pedal several times with a speed below 30km / h without affecting the braking performance.

In addition to rust, what else should the car brake system pay attention to?

In addition to conditions such as rust that we can easily see, we must pay attention to two aspects when inspecting the braking system. The first is the thickness of the brake pads. The thinnest replacement thickness of the brake pads is about two or three millimeters. When this limit is reached, it must be replaced. At present, in many models, when the brake pads are too thin, the position of the instrument's brake warning light will be prompted, which is relatively convenient for self-test. Vehicles without a brake alarm do not need to worry, because the brake caliper will have a protruding position near the thinnest thickness, forming a brake abnormal noise to remind the driver.

Previous: Do You Know These Problems of Brake Pads?

Next: How to Choose Brake Pads when Driving in Harsh Environments?